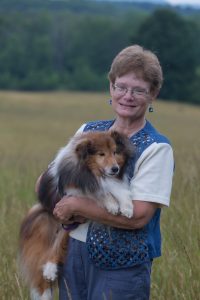 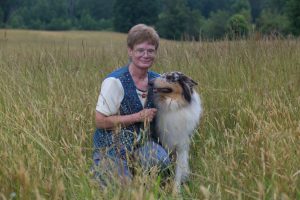 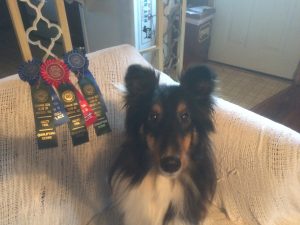 My first love  of animals wild and domestic started when the family took in a Pomeranian named “Lucy” owned by a sick friend. When the owner died, I and my  family had fallen in love with this little dog and adopted her. That was fifty some years ago

My love of animals never diminished over the years.  Rescuing box and snapping turtles from getting killed on the road, rescuing an opossum from a neighbor’s dog, caring for and releasing robins, were among the creature’s saved  I even held a skunk with its scent sacks intact.    That’s brave!

I have three dogs. Balloo is  a sable sheltie.   He came as an 8 week old puppy in 2008.  We would   go to agility trials around a three state area.  Balloo was fast and we got very close.  He is now retired and taking in the good life.

Mowgli is a Blue Merle Collie, who was adopted from a rescue 2011.  He  loves people and enjoys visiting everybody whenever he can.  He is a big dog, but would like to be on laps and get lots of attention.  Mowgli is a sweet and loving dog and prefers to be called, “Gli”.

My  youngest is Hart, a tri-color sheltie who I got in 2016.  She loves to jump and run and play with her big brother, Mowgli and is already doing agility.  She is  still learning but everything is fun and she is doing well.  Hart loves children and people in general.

I started my  business in 1994. Since then, Canines N’ Cats Pet Sitting Service has been steadily growing each year, with continuing success in customer satisfaction.

I hope you will enjoy my site and thank you for visiting. Come again.

“A human walk in the twilight is a pallid affair to that being experienced by their dog.  Rabbit.  Mouse.  the dog at the house next door.  The ginger tom.  Toffee.  Dead bird.  Earthworm.  Pizza wrappings.  The dog from number 7.  Unknown cat.  Frog.”     -Pam Brown, b.1928 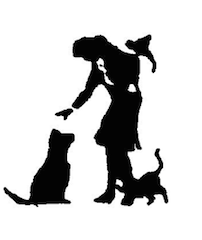